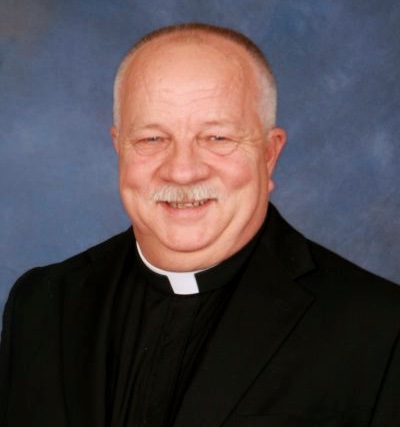 11 But Mary stood weeping outside the tomb, and as she wept she stooped to look into the tomb; 12 and she saw two angels in white, sitting where the body of Jesus had lain, one at the head and one at the feet. 13 They said to her, “Woman, why are you weeping?” She said to them, “Because they have taken away my Lord, and I do not know where they have laid him.” 14 Saying this, she turned around and saw Jesus standing, but she did not know that it was Jesus. 15 Jesus said to her, “Woman, why are you weeping? Whom do you seek?” Supposing him to be the gardener, she said to him, “Sir, if you have carried him away, tell me where you have laid him, and I will take him away.” 16 Jesus said to her, “Mary.” She turned and said to him in Hebrew, “Rabbo′ni!” (which means Teacher). 17 Jesus said to her, “Do not hold me, for I have not yet ascended to the Father; but go to my brethren and say to them, I am ascending to my Father and your Father, to my God and your God.” 18 Mary Magdalene went and said to the disciples, “I have seen the Lord”; and she told them that he had said these things to her.

It was Mary Magdalene’s devotion to our Lord, which lead her to minister to Jesus’ body even after his death.  Jesus had cast out seven demons from her, and she stayed faithful throughout his passion even to the moment of his death. Our Lord had freed her from the evil, and she responded with courage and fidelity to the bitter end.  She mistook the risen Lord for a gardener. She has this moment of recognition when she says “Rabouni!” after which he consoles her. He then appears to the eleven remaining Apostles and consoles and encourages them. He addresses them as brethren, meaning they do indeed have the same Father, though primarily in different ways. “I am ascending to my Father and to your Father, Jesus’ father by nature, their father by adoption.  This sonship has been won for Jesus’ brothers by his death. Mary Magdalene’s perseverance teaches us that anyone who sincerely keep searching for Jesus will eventually find him. Jesus’ gesture and calling his disciples “brethren” despite their having run away should fill us with love even amid our infidelities. Our task is to remain faithful to Jesus even when all others have fled.

Nonetheless, even when we fall short, we can rely on God’s, never-failing care and mercy.  It is to our benefit that in the words of the suffering servant in Isaiah, “A bruised reed he will not break, and a dimly burning wick he will not quench.” (Is 42:3)   It is of God’s infinite mercy that he laid down his life for us and that he welcomes us home to himself in the Kingdom of Heaven.